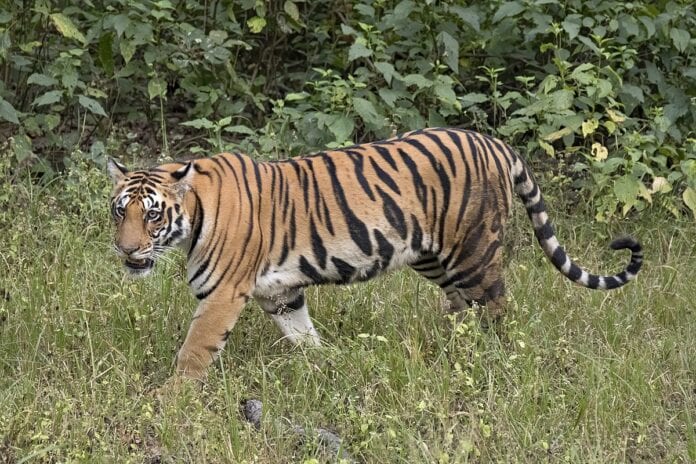 Three people from Chhatarpur district were arrested in connection with the severing of the head and other body parts of a tiger. The postmortem of the tiger revealed that the head, the nails and the private parts of the killed tiger were missing.

The three reportedly confessed to the crime and some remains of the tiger have also been recovered.

The tiger was killed in Panna National Park in August.

In mid-August, the body of tiger had washed up on the banks of the Ken in Panna National Park.

The park management claimed that the tiger was killed in a territorial fight with another tiger and this was witnessed by a forest guard.

However, the post mortem of the tiger revealed that the head, the nails and the private parts of the tiger were missing.

The forest department handed over the case to the STF Wildlife.

After numerous days of investigation and building an informer network, it was found that Ghanshyam alias Doctor, Achelal and Nathu, residents of village Palkotha under the Bamitha police station had cut off the body parts of the dead tiger.

After being detained, the trio said that they had taken the body parts of the tiger but were worried after the investigation was launched and decided to throw the body parts in the Ken river.

The forest department claimed that it has managed to recover some of the body parts after the trio informed them of where they had been thrown.

The case has now been transferred to the Panna National Park management.